Rated P is a sketch comedy musical about parenthood celebrating the wonders & lunacy of raising kids from conception to college. This blog, written by Rated P's author & lyricist, Sandy Rustin, offers up a humorous and heartfelt look at the nitty gritty business of parenting.

But What Can I Do? 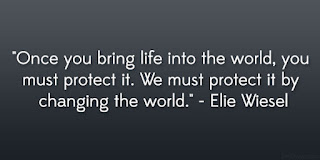 But what can I do?

This is the question I’ve been asking. I’ve been hearing. The news is so devastatingly awful. Our country seems to be imploding in some sort of Back to the Future nightmare, where American humanity is resorting to an unevolved mentality led by fear and hatred. But what can I do?

I spent the night considering this question and here’s what I came up with.

Effecting widespread change feels overwhelming to me. I’m ill prepared to lead a movement of many.

What I am prepared to do is lead a movement of two. I am raising two white men.
They’re small now, but I have no doubt that soon they will be men. They will be white men in a colorful world. And it is my job to raise them with the knowledge that they are one color of many. That the tint of human skin is a result of evolution. It is the science of the proximity to the sun that effected differential pigmentation. That their whiteness is a result of their ancestors living in cold, dark places. And their neighbor’s blackness is a result of their ancestors living in hot, bright places. And that is it.

For a while it seemed that ignoring race was the recommended parenting technique. Why point it out if we are all the same? Here’s why. When we don’t acknowledge race to our children, and consciously teach them that skin tone is irrelevant to humanness, we make room for confusion. We leave a door open for the stupidity of racism and the root of fear to filter in to their developing brains. It is our job – NOW – while they are small – to teach the facts.

What can we do? We white women and men who weep for a society in which black bodies are disregarded and disgraced with regularity? What can we do? We can consciously and actively teach our children to love and respect people with darker skin than theirs.

If those men, so quick to pull the trigger on unarmed, innocent black bodies, had been raised in households where their parents valued science, spoke of equality, and modeled love, then those men would not have pulled their triggers.

Historically speaking, both globally and nationally, love triumphs every time. Genocide, holocaust, slavery – these things are overcome, time and time again, when enough people empower their own innate sense of righteousness to rise above the ugliness of their time and teach their children to do the same. I trust that history will show that we, as a society, rose above this period of hatred and intolerance.

To do that, I suggest we start in our kitchens and on our playgrounds. Our children are the next generation of police officers, government officials and scientists. If enough white mothers and fathers teach enough white children that skin is skin, that bodies are bodies, that love is love – then perhaps our grandchildren will live in an America where Daddies and Brothers and Mommies and People aren’t shot because their blackness was too scary for uneducated, under trained policemen to deal with.

Additionally, here is a great article in today’s Washington Post with recommendations of tangible things white people can do to support the #BlackLivesMatter movement.
https://www.washingtonpost.com/posteverything/wp/2015/08/06/this-is-what-white-people-can-do-to-support-blacklivesmatter/

And lastly, while I’m at it – let’s change the gun laws in this nation. Join me as a member of MOMS DEMAND ACTION and help effect change today.
Posted by Unknown at 7:21 AM No comments: